Round 8 - How It Happened

The Swans averaged just under six goals a quarter in there big win over the Bulldogs and the number of shots on goal indicates that it was a one sided game.

The Swans were too good in all aspects as they broke the lines with run and carry and there skillful passing allowed the big three goal kickers up forward to take advantage of the perfect delivery.  Danny Brewster, Will Holt and Trent Mortlock finished off the good work with eight, six and four goals respectively as the Swans continue their winning form.

Avoca were never in the game, but they were reasonably happy with the effort and attitude of their players who never gave in against the odds.

Natte’ better players were Trent Mortlock, Josh Grant, Jacob Long, Callum Harte and Will Holt, with Brewster moving to seventy-one goals for the season with his eight goals.

The ball spent a lot of time in the scoring zone of the Saints as they averaged just under ten goals a quarter for the entire game.

Jake Keogh was again on fire in front of goals kicking eleven goals for the game, and the Saints also welcomed back their gun forward Cooper Webber-Mirkin who kicked eight goals in his return game form injury.

It is hard to find any good points for Rovers, but they never give in and try their best under very difficult circumstances.

Monty Reeves has been a very welcome inclusion in recent games and was named the best player for Rovers, Marshall Murray has had a very consistent season and was also amongst the better players, as was Reece Perry, Alex Mahony, and Jack Dawson, while Liam Radlof kicked two of the home team’s goals.

The Saints had eleven goalkickers including eleven to Keogh, eight goals to Webber-Mirkin and seven to Alister Ferrier who was named the Saints best player as well as Joel Dovaston, Webber-Mirkin Jack Mighell, and Liam Banco.

It was a very enthralling game at Deledio Oval on Saturday in which the lead changed hands numerous time, but it was the home team that won by a goal at the final siren. 13.8.(86) to 12.5.(77)

Talbot had a goal on the board inside a minute when Trent Barass snapped a left footer to open the scoring.

This seemed to spark the home team though as they kicked the next four goals in four minutes as they ran rampant out of the centre square with Mitch Goodwin leading the way and setting up his forwards with some great run and carry work.

It was a bit of goal for goal for the remainder with eleven goals being scored in the first term.

It was a different style of play in the second term with just three goals being scored, but it was Talbot that pegged Dunolly’s lead back to 16 points at half time.

Talbot was slowly, but surely getting the upper hand as they levelled the score at the ten-minute mark of the third quarter, but Joel Fisher answered for Dunolly when he gathered the ball from a marking contest spillage and his left foot snap put the Eagles back in front.

Jude McGuire quickly answered to level the scores once again just before the siren for the final break.

Toby Johnston had a goal on the board from the opening bounce of the final term to the delight of the home crowd, but Trent Barass again snapped truly on his trusty left foot to level the scores once again.

Talbot’s Ryan Aquilina was proving to be unstoppable as he started many attacking moves from across the middle of the ground and the Hawks got out to a two-goal lead when Matt Bond and Luke Kemp kicked successive goals.

The Hawks could have been forgiven for thinking they had broken the back of the Eagles, but it was not to be, the never say die Eagles kicked the next three goals to overhaul the Hawks in the dying stages. The move of Oscar Keogh forward was a match winning move as he had the final three shots on goal including the winning goal shortly before the final siren.

It was one way traffic as Navarre dominated the centre square from the opening bounce as they went about accruing some very much needed percentage as they moved into sixth position on the ladder.

Campbells Creek tried hard all day but couldn’t score a goal until the final quarter in which they finally broke through the defense of the Grasshoppers to kick two goals through Brodie Burke.

Matthew Manning, Kris Bagley, Dylan & Mitch Stevens, and Lachlan Hyland tried valiantly all day and were named as the best players for the visitors.

Moody and Cody Driscoll were named as the best players for the home team, as were Lachlan Slorach, Riley Bibby and Daniel Reading.

Lexton got the job done over Maldon quite comfortably on Saturday, running out as 27-point victors.

Quarter-by-quarter scores weren’t uploaded in time for publication, however the end score of 10.12 (72) to 6.9 (45) has seen the Tigers secure their fifth win of the season and move into seventh place on the ladder.

Despite the loss, which was just the third this year for the Dons, they remain higher ranked on the ladder in fifth place at the exact halfway point in the home and away season.

Hayden Kelly was impressive for Maldon, as was Alex Farrow, Matt Gray, Billy Johns, Doug Gray and leading goaler Rhys Ford who kicked half of the teams’ goals with three.

Bryce Coffey, Farrow and Ashley Woodman were the other scorers with a goal each.

Round nine will see Maldon play Avoca in what could be a close affair if the Bulldogs have a real crack, while Lexton is up against a massive challenge at Carisbrook, attempting to fend off the Redbacks.

Despite having AFL hall of famer Barry Hall on side, Harcourt still conceded round eight to Carisbrook.

For the second time ever, Hall headed to Harcourt to play in one of the biggest senior football clashes of the year and the game boiled down to the final quarter with crowds lapping up the star-studded action.

Harcourt kicked 3.3 (21) to open, while Brook faltered under pressure with four behinds.

This was a temporary setback however with the Redbacks kicking 6.2 (38) in the second to play catch up to the Lions who themselves slotted 4.1 (25), leading by just three points at the main break.

More minor than major scores were put up in the third term, with both teams fighting tooth and nail to get ahead, however Brook marginally got a leg up with an extra goal, leading 8.9 (57) to 8.7 (55) at the final change.

These two very strong teams knew they needed to execute their best footy in the closer and Carisbrook’s best was superior in the end, with the side slotting six straight goals to 3.5 (23) from the Lions to win by 16 points.

The 11.11 (77) to 14.9 (93) result even with Hall on board was shattering for Harcourt and sees the side stay in fourth place on the ladder while the Redbacks remain third to Trentham and Natte in first and second respectively.

Darby Semmens, Cam Anderson, Jed Rodda, Lachlan Mitchell, Kristian Bruce and Bryce Frost were named amongst the best for the home side, while Hall led goals kicked with four ahead of Rodda (3) and Anderson (2).

Brook was led by the ever-faithful Jackson Bowen in the vote list, with Harry Butler, Ash Munari, Nic Wright, Steven Patterson and Andrew Toan being crucial in the turnaround victory.

Munari kicked four goals for the day, Harley Hunter contributed three and Butler and recruit from Maryborough off the back of the NT summer footy season, Bailey Edwards, both contributed two.

In round nine, Brook will be confident of knocking off Lexton, while things only get tougher for Harcourt, up against undefeated Trentham in a high-pressure clash.

Newstead has returned after the break with a big win, toppling Royal Park by 49 points.

A game which was predicted to be a potential win for either club very clearly was in the Kangaroos’ grips early on, with the Roos kicking 4.2 (26) in quarter one to a solitary goal from Park in the same time period.

Bushy slotted three goals straight in the next term, however Newstead maintained their comfortable lead into half time after kicking 3.1 (19).

The Roos allowed the home side just two minor scores on return to the field — and luckily so as there were some wayward shots at goal, with Stead kicking 2.4 (16) to sit ahead 61-26 ahead of the closing term.

Cordie McKendry was best on for Newstead, followed in the vote order by Aidan McConachy, Joel Smith, Anthony Robins, Harrison Harbrow and Nathan Black who had his best day in front of goals yet, kicking a bag of five.

Dillon Hinge and Sam Reece contributed two goals apiece to the victory with McKendry and Kieran Sait taking care of the other two majors.

Lauchlan Woodward was praised for his fight in a tough day for the Tigers, with Luke Relouw, Rhys Egan, Mark Ashmore (2 goals), Luke Dunne and Karson Guareschi (1) rounding out the best.

Park is guaranteed to rebound this weekend against bottom of the ladder Campbells Creek, while Stead faces a massive challenge against powerhouse Natte Bealiba. 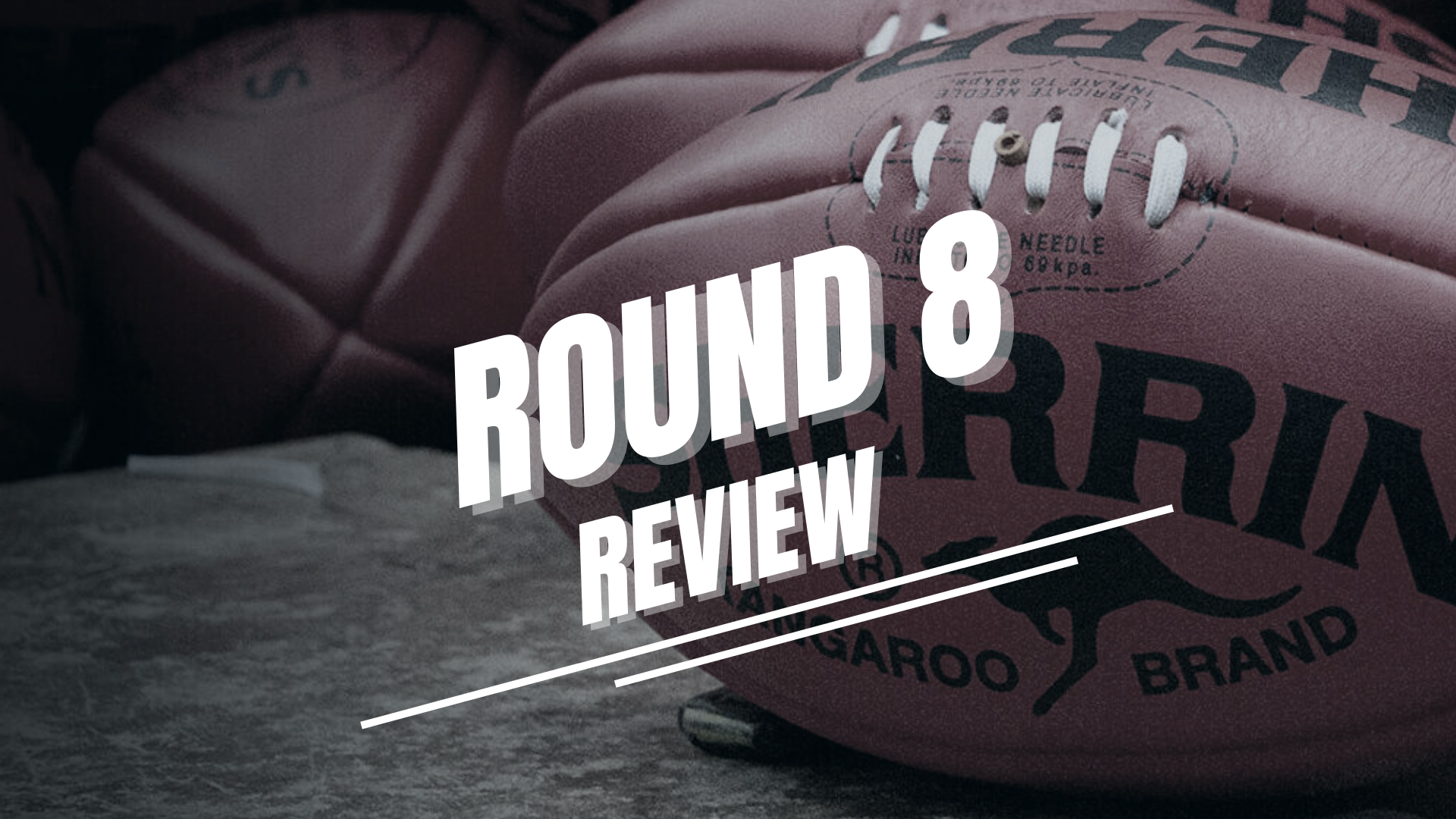