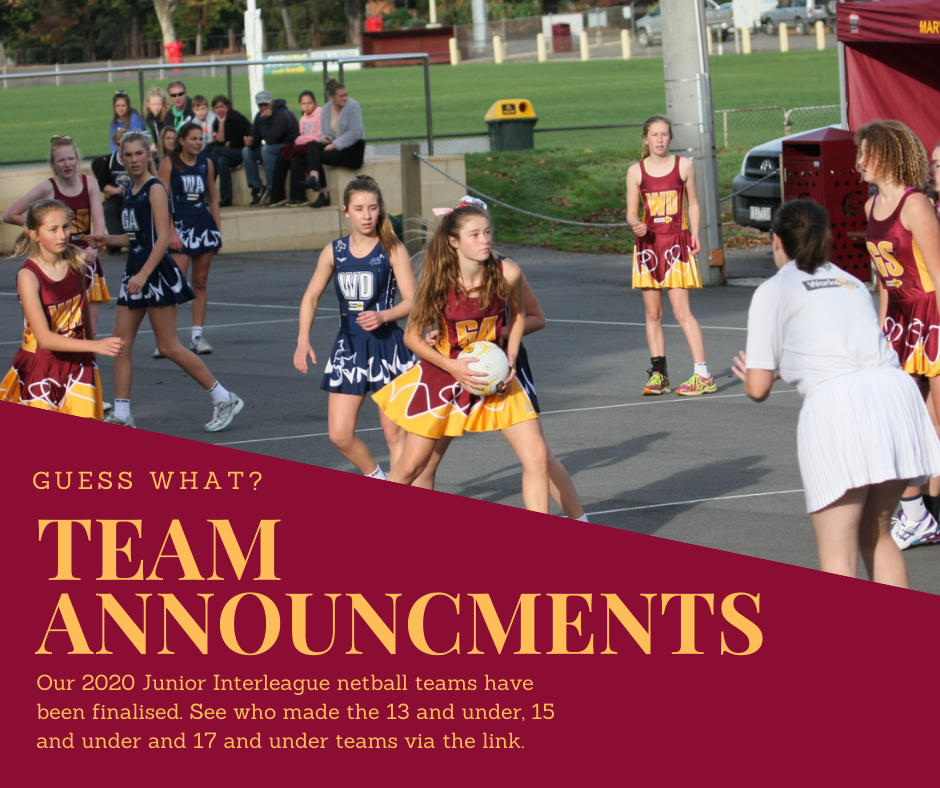 For the junior Interleague program, players who believe they are worthy of representing MCDFNL attend trials in which the coaches decide on a final team.

MCDFNL appreciate all those players who nominated and attended training, the coaches were very pleased with the standard and wish all players the best with their netball careers.

The selected teams will now commence training in preparation for tournaments and association championships.

Please contact the Maryborough Castlemaine District Football Netball League on (03) 5333 1977 should you have any further questions.